living with your neighbor

Israel has every right to defend its people and its borders from aggression. If the Palestinian Authority and the Lebanese Government are unwilling or unable (or both) to control their own territories Israel will have to do it for them.

Warfare is ugly business, civilians can and will come in harm’s way. This is especially true when the hostile militants such as Hamas and Hezbollah deliberately establish bases in residential areas. Israel must take every precaution possible to minimize collateral damage. Choosing to target government facilities in Gaza at night when they’re empty is an indication of how Israel tries to avoid casualties.

The current exchange of hostilities, regrettable as it is, is not yet a full scale war. Israel retains the capacity to flatten Gaza and Lebanon entirely and the militants currently testing Israel’s patience would be the first to notice if and when Israel decides to abandon its policy of restraint.

Still, you might not love your neighbor but you have to live with him. From that perspective this is a conflict without winners.
by stromsjo 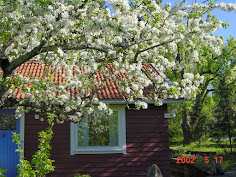