One of Göran Persson’s major contributions is actually what he did not do. Here are some topics of heated debate during the nineties...

The first day of sickness is a qualifying day ("karensdag"). The new pension system involves a modest portion ”premiepension” which is actually managed by the individual. Tax funding for schools is extended to scores of private schools. Various markets are deregulated.

These are all examples of what the right-wing Bildt government managed to introduce during its brief three year term while simultaneously facing a collapsing state economy and a major crisis in the financial sector.

The Social Democrats regained power in 1994 after three years of relentless criticism of the new course. Persson became finance minister and in 1996 prime minister. And what did he do about all of this? Basically nothing. Sweden in many respects stays the course of Bildt and Persson is harvesting the fruits. 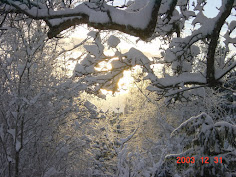