Seven political parties share 349 seats in our Riksdag. How much faith do you have in the respective party chairs? This question is repeated regularly in a national poll. In the recent survey, opposition leader Reinfeldt was considered most trustworthy, slightly ahead of Prime Minister Persson who has seen a steady decline in confidence over the last three years.

What makes a politician (or any leader for that matter) trustworthy? Reinfeldt is a nice chap (I would probably have voted for his party today) but he was elected party chair recently and since the Moderates spend most of their time in opposition we haven’t seen his qualities as a national leader. Reinfeldt has made a sharp turn towards the center, abandoning a lot of hard-line liberal positions and making him and the party sound a lot like the Labor party. Whether this is good tactics remains to be seen in the next election September 2006. But is it credible? When is the next change due? In whom do we trust?
by stromsjo No comments:

It’s been a relatively warm winter again but at -13C we’ve got ourselves a crisp cold night. A decent amount of snow provides a brief but welcome winter and the full moon makes for lovely walks with or without the dog if you’re fortunate to live outside the city lights.

My thoughts go to those who have been struggling without electric current after the huge storm in January. They might not have considered themselves very lucky recently but things could have been worse. January was mild. February began likewise. But tonight is no time for a picnic in Småland.
by stromsjo No comments:

Rudeness instead of arguments

Margot Wallström, vice president of the Union, has entered the blogosphere. In her own down-to-earth way, she writes about a day in the life of a Commissioner. What does she do, whom does she meet, what makes her tick?
She and I have probably never voted for the same party in Swedish elections and I disagree with her on many issues, for instance about the Kyoto protocol which was the topic of a recent blog entry. But her kind of leadership style is accessible, personal, inspiring and it’s just what the Union needs.
Wallström has decided to make her blog open to comments. There are plenty already. I followed the thread about Kyoto for a while and I found it saddening. Several remarks are without substance on the issue, written in an insulting, even hostile tone. Rudeness instead of arguments, where does that take the debate? Can an unmoderated public forum maintain a civilized tone? Just like any dedicated professional, Margot Wallström deserves respect for her work. Those who are unable to debate the issues should have the decency to abstain from turning an open forum into abuse and verbal vandalism.
by stromsjo No comments:

I wasn’t going anyplace. I just kept swimming along, lane after lane. Few things would appear more useless than spending your morning in a pool. Yes, I did see an occasional glimpse of the winter sun thru the roof but that was it. Hardly exciting. And yet, having finished this incredibly boring, weekly exercise I got almost euphoric. Whatever for?

My silent companion the wristwatch quietly announced a new personal best: 1950 meters in 70 minutes 55 seconds. Hardly worth mentioning - the professionals would do this odd distance in about 23 minutes. So what’s the big deal? You tell me. What is it with records that keeps challenging us? Why would I consider this the achievement of the week? Silly, really.

Still, what’s your personal best?
by stromsjo No comments:

Why doesn’t Sweden hold a referendum on the new European constitution? I keep hearing this question. Why aren’t Swedes allowed to have their say in this matter? Yes, why? I wouldn’t be surprised if such a referendum ultimately takes place but it shouldn’t. Here’s why.

Sweden has adopted the concept of representative democracy. The idea is that, once in a while, we have general elections in order to select 349 trustworthy parliamentarians from various parties to serve in our Riksdag where they are supposed to take care of our nation’s affairs – big and small. They are professional decision-makers and they work full-time so they have the time and the ability to penetrate even complicated issues.

There is also an emergency exit. When the political parties are unable or unwilling to handle an issue, they can duck their responsibility and hand the decision back to their voters in a referendum. The professionals have failed so the rest of us should step in, take care of a real tough issue and let the pros concentrate on the simple stuff. Sounds ludicrous? It is. This kind of failure has occurred twice in the last decade.

The most serious problem with the referendum is that issues are removed from their context and handled separately. Who is ultimately responsible for the big picture?

So is there any point in asking for a referendum? There is. If you’re unhappy with the current majority situation in the Riksdag and if you don’t respect the result of the most recent election you can always hope to use a referendum to achieve whatever is on your mind. It’s perfectly legal but not very democratic. Join the debate and make a difference next time instead.
by stromsjo No comments:

Only in America... unfortunately!

It’s been a year now since Arnold Schwarzenegger was elected governor of California, the crown jewel of American states. He inherited partisan gridlock and a lousy economy. Now he’s beginning to turn the state around. Few if any pundits are still laughing about the former actor. Instead, he is met with respect for his unconventional approach, his growing public appeal and for bringing about change across party boundaries.

Schwarzenegger is living testimony to the American dream: there’s hardly anywhere you can’t go if you’ve got what it takes. He shows leadership, he electrifies the political process and by reaching out to politically uninterested groups he strengthens the Californian democracy. On top of all this he helped swing Ohio in the November election, campaigning effectively for the president. Governor Schwarzenegger is rapidly building a political platform and, at least in my book, he has already reached the fourth highest political office in the U.S.

Now take a look at this guy. A former body-builder-turned-actor with a funny accent. He’s self-made and as far from a political insider you could possibly get. Can anyone imagine this kind of career in Sweden? Ever seen this kind of charisma in the Riksdag? Why in the world do we consistently find ourselves with the most uninspiring leaders?

Ah, but we’re so very democratic, aren’t we? Money doesn’t matter here like in American politics! I disagree. Any campaign will cost money and I find it perfectly reasonable that a well-regulated and transparent fund-raising process is better than our system where the tax-payers foot most of the bill while additional money conveniently changes hands from supposedly non-partisan unions to the labor party whenever there is an election coming up.

Ok, so it’s only been a year. Schwarzenegger might fail, we don’t know yet. But we could certainly learn a thing or two.
by stromsjo No comments:

Better not earn too much

Wanja Lundby-Wedin, one of the most influential figures in Swedish politics was interviewed on public radio. As usual with Swedish media, a lot of attention was wasted on questions about her salary. She is the highest ranking representative for two million workers and the way she decides to manage the union and its relations with the government is of profound importance. Her personal income is not.
by stromsjo 1 comment:

A solution looking for a problem? Possibly. Could be fun though! 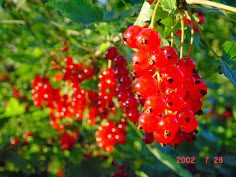