less green peace in the greenhouse

One of the co-founders of Greenpeace is reluctantly agreeing that nuclear power remains our best hope for cutting down emission of greenhouse gases. Carl Bildt comments on an interesting article.

"More than 600 coal-fired electric plants in the United States produce 36 percent of U.S. emissions -- or nearly 10 percent of global emissions -- of CO2, the primary greenhouse gas responsible for climate change. Nuclear energy is the only large-scale, cost-effective energy source that can reduce these emissions while continuing to satisfy a growing demand for power. And these days it can do so safely."

We have wasted so many years wishing that something ”better” would be available shortly. Meanwhile the global warming continues and accelerates.
by stromsjo 2 comments:

Well, Silvio wouldn’t be Silvio if he just left silently without a fight and so far he hasn’t conceded defeat. It does appear though that the centre-left coalition of Romano Prodi has won the Italian election with a razor-thin margin.

Italian leftist coalitions are unstable by definition. This time the populous mandate is weak at a time when the young Italian nation is being challenged by stagnating growth as well as increasing domestic tension. Formally Prodi has won a five year term. I wouldn’t be surprised if we have turmoil within five months. So if he really wants this job, Silvio Berlusconi would be well-advised to stick around for a while.
by stromsjo No comments:

So, Silvio is up for re-election and tomorrow we’ll know. He’s obviously not the kind of person you would embrace wholeheartedly. Too many arrogant statements over the years have partly undermined his credibility.

Berlusconi remains the best choice available as far as I’m concerned. We’ll soon find out what the Italian voters think.
by stromsjo No comments: 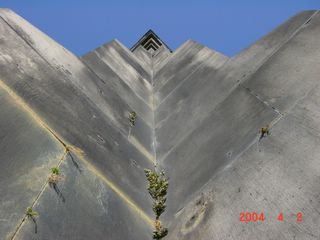 Not entirely unlike something from Star Wars, the Lund Cathedral is a colossal stony thing from just about any perspective. Not much beauty around but impressive for sure. Go see.
by stromsjo No comments: 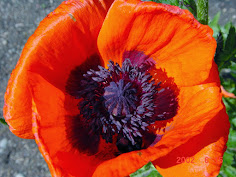